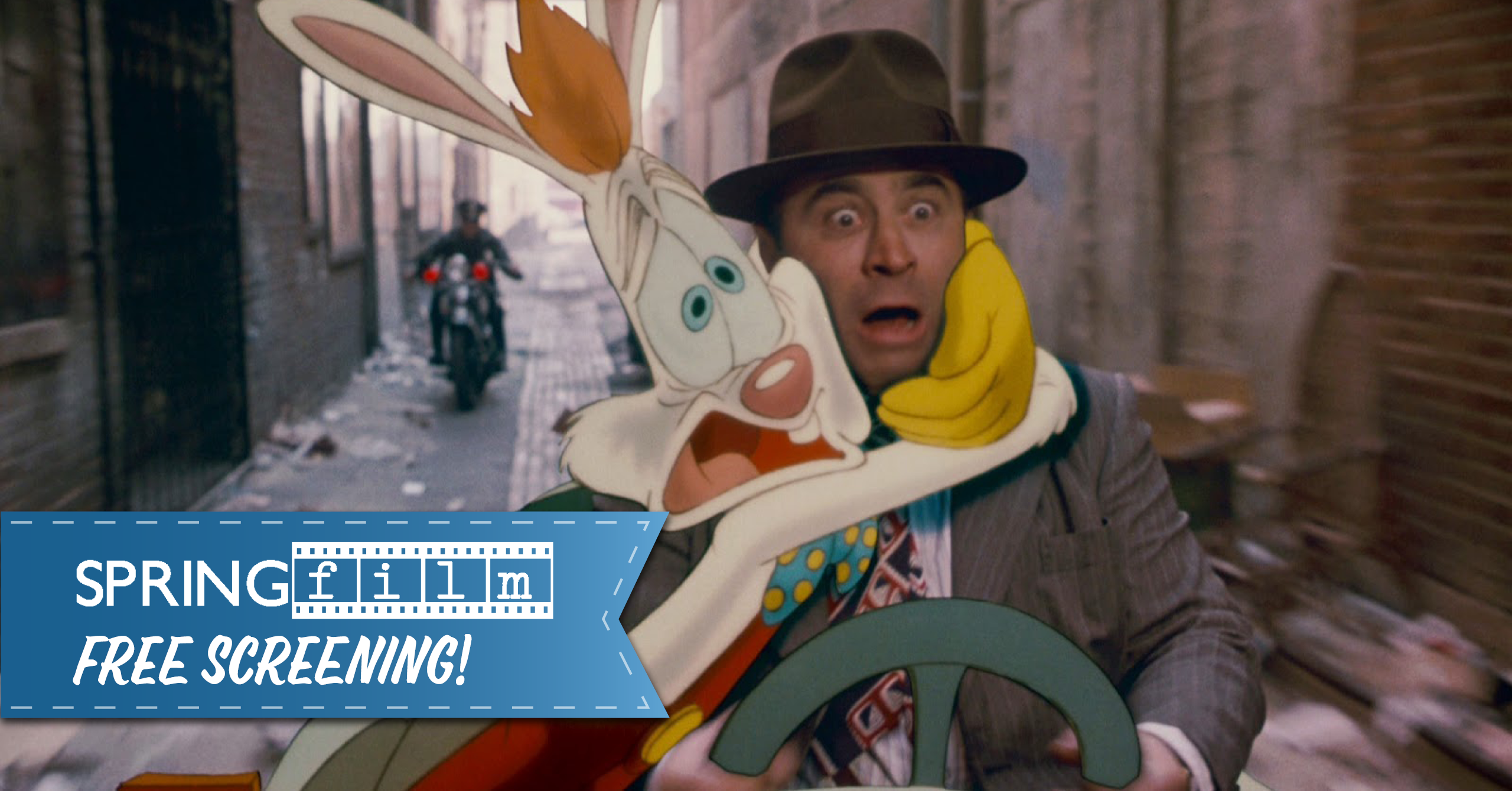 A live-action/animated comedy film might not sound very tense but Who Framed Roger Rabbit will keep you on the ‘Edge of Your Seat’ on Thursday, December 5 at 6:30pm at the Wildish Community Theater.  The film is set in 1947 Los Angeles where ‘Toons’ – cartoon characters like Mickey Mouse and Porky Pig – live and act alongside humans in movies and commercials.  After discovering that his wife may have been unfaithful, Toon Star Roger Rabbit (voiced by Charles Fleischer) is accused of murder and must convince hard-boiled toon-hating private detective, Eddie Valiant (Bob Hoskins) to save him from the clutches of Judge Doom (Christopher Lloyd).  Filled with cameos of animation stars from the golden age of animation, the film won Academy Awards for Best Film Editing, Best Sound Effects Editing and Best Visual Effects with animator Richard Williams receiving a Special Achievement Academy Award for the film’s animation.

Springfilm Edge Of Your Seat continues on January 2, 2020 with Blade Runner. Through August 2020, Springfilm will feature a monthly free screening of a film that will keep on you on the edge of your seat through suspense, fear, hilarity and drama!

What: Plank Town presents: Springfilm, “Edge Of Your Seat,” free screening of Who Framed Roger Rabbit