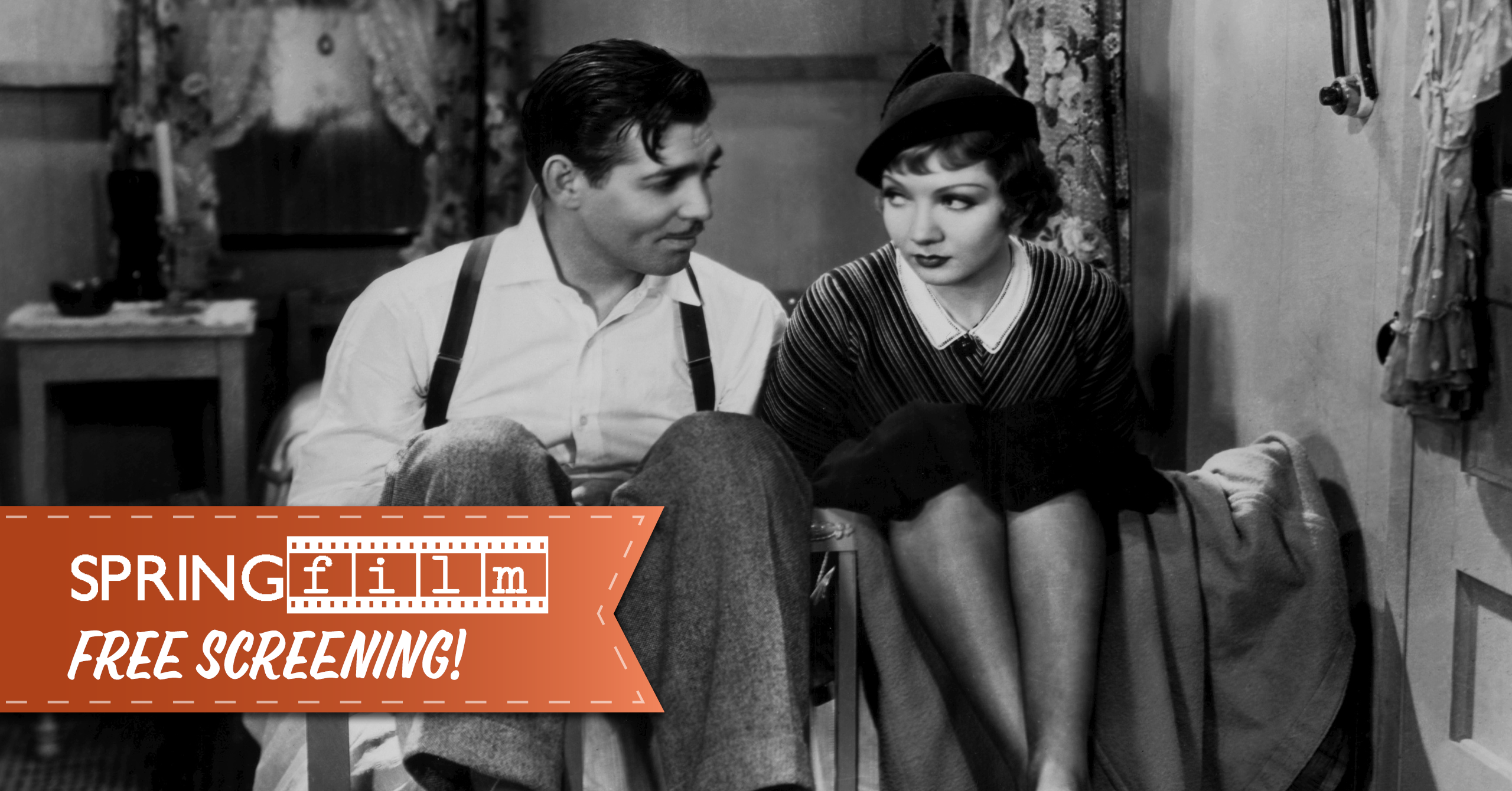 One of only three movies ever to win all five major Academy Awards is coming to Springfilm – 1934’s ‘It Happened One Night’.  In the lead-up to Valentine’s Day come to the Wildish Community Theater on Thursday, February 6 at 6:30pm for a classic romantic comedy.  The film follows heiress Ellen ‘Ellie’ Andrews (Claudette Colbert) who has eloped with a fortune hunter against her father’s wishes.  Trying to reunite with her husband (who is really only interested in her money) she meets out-of-work newspaper report Peter Warne (Clark Gable). Warne promises to help Ellie if she grants him an exclusive interview and the pair hit the road together.  In addition to Best Actress and Actor Awards for Colbert and Gable, the film won Best Picture, Best Director and Best Adapted Screenplay at the 1934 Academy Awards.

Springfilm Edge Of Your Seat continues on March 26, 2020 with The Princess Bride. Through August 2020, Springfilm will feature a monthly free screening of a film that will keep on you on the edge of your seat through suspense, fear, hilarity and drama!

What: Plank Town presents: Springfilm, “Edge Of Your Seat,” free screening of It Happened One Night