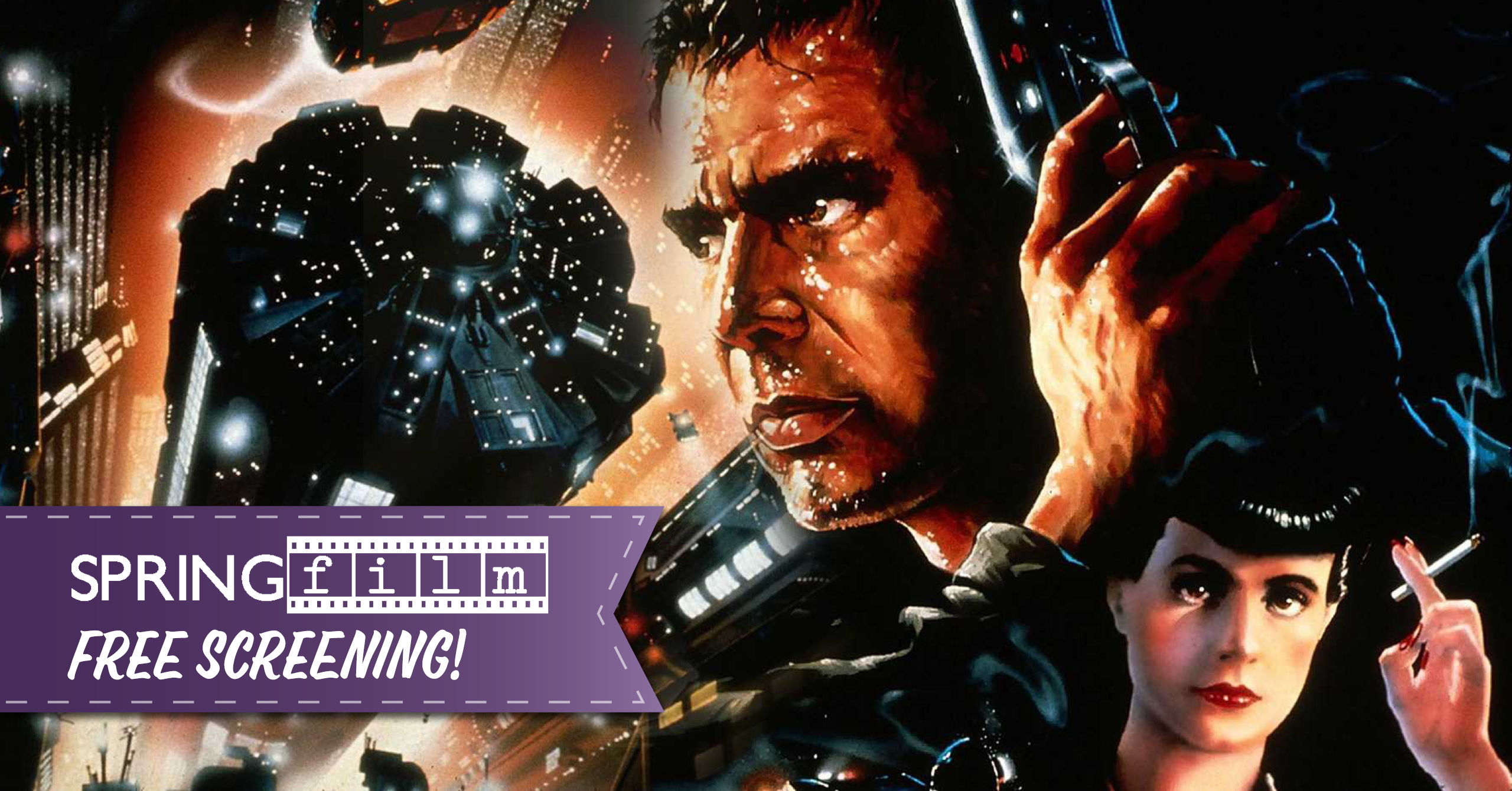 Kick off 2020 with a movie set in 2019 (albeit a cyberpunk-influenced 2019 that did not come to pass) – the 1982 sci-fi classic Blade Runner.  The Ridley Scott directed film will be the first Springfilm Edge of Your Seat showing for 2020 on Thursday, January 2 at 6:30pm at the Wildish Community Theater.  Based on the Philip K. Dick story ‘Do Androids Dream of Electric Sheep?’ it follows former police officer Rick Deckard (Harrison Ford) who is tasked to hunt down and destroy four replicants (androids) who have arrived on earth.  One of the most discussed and dissected Hollywood films ever the movie questions reality, what it means to be human and features a now famous soundtrack by Vangelis.

Springfilm Edge Of Your Seat continues on February 6, 2020 with It Happened One Night. Through August 2020, Springfilm will feature a monthly free screening of a film that will keep on you on the edge of your seat through suspense, fear, hilarity and drama!