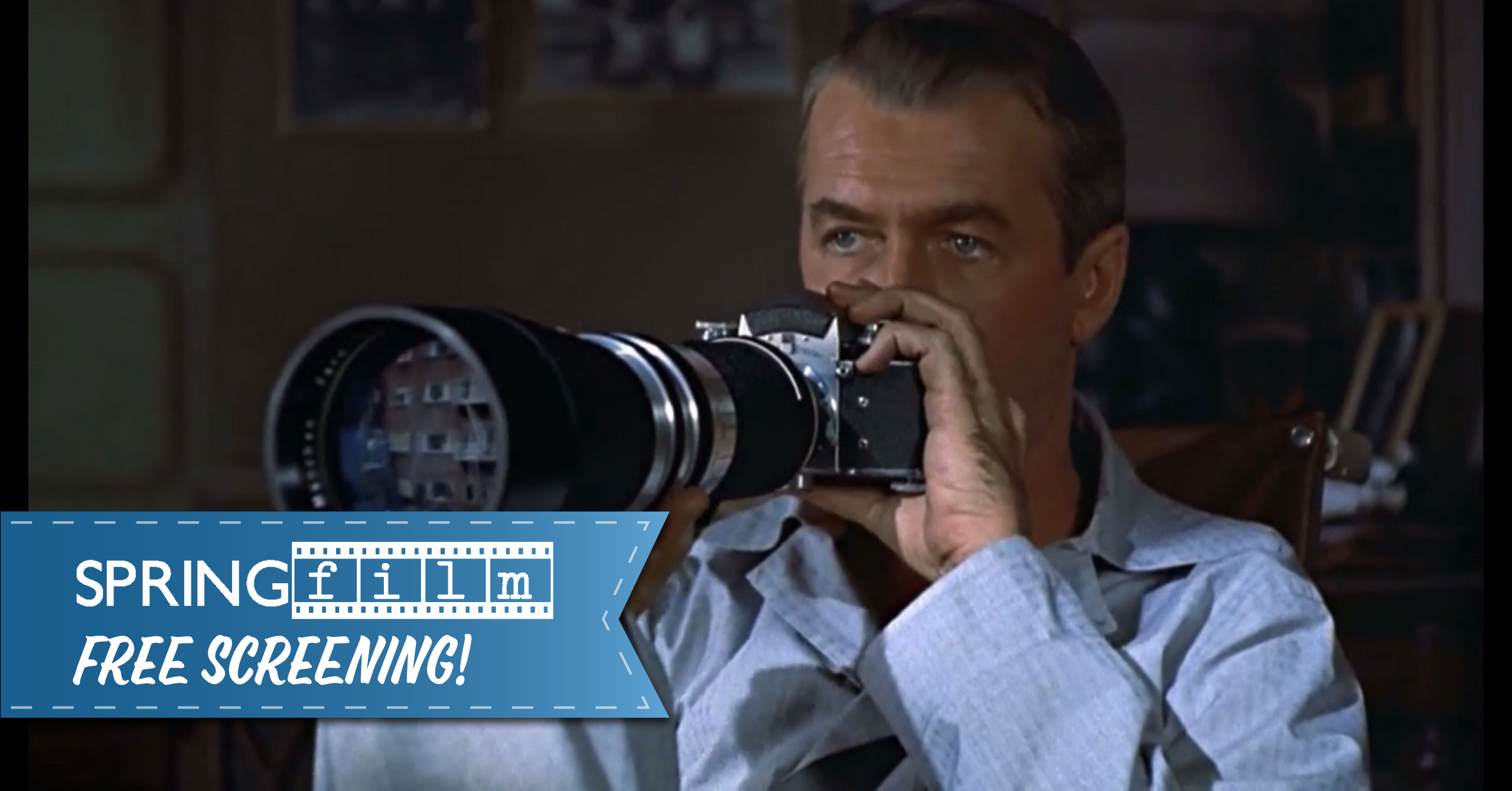 With a Springfilm 2019-20 theme of ‘Edge of Your Seat’ we had no choice but to show a classic Hitchcock film – Rear Window. This classic thriller will be shown at 6:30pm, Thursday, November 7 at 6:30pm at the Wildish Community Theater in Springfield.

James Stewart stars in Rear Window as L.B. “Jeff” Jefferies, a photographer confined to a wheelchair after breaking his leg.  Staring out the rear window of his apartment, Jeff gains views into the windows and lives of his neighbors.  Becoming convinced that his neighbor has murdered his wife, and without help from the police, Jeff with his nurse and girlfriend, tries to solve the mystery without becoming the next victim.  Renowned as one of Hitchcock’s best, Rear Window received four Academy Award nominations, and was added to the United States National Film Registry for being “culturally, historically or aesthetically significant”.

Springfilm Edge Of Your Seat continues on December 5, 2019 with Who Framed Roger Rabbit. Through August 2020, Springfilm will feature a monthly free screening of a film that will keep on you on the edge of your seat through suspense, fear, hilarity and drama!