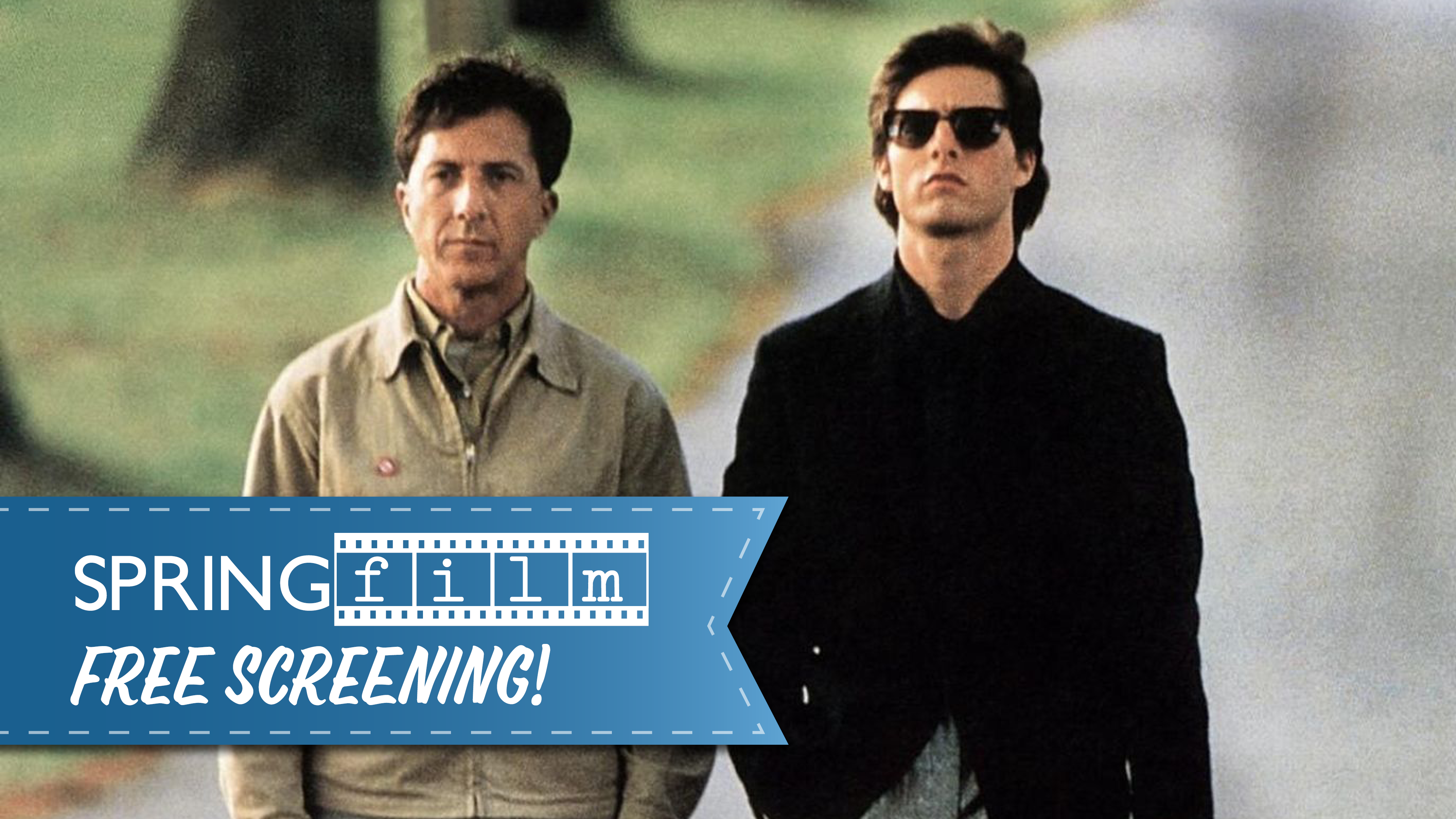 In 1989, Barry Levinson’s Rain Man picked up Oscars for Best Picture, Best Original Screenplay, Best Director and Best Actor in a lead role for Dustin Hoffman. On Thursday, April 11 at 6:30p.m. please join us at the Wildish Theater to see the highest-grossing film of 1988, Rain Man. The film follows Tom Cruise as the selfish wheeler-dealer Charlie, who discovers that his multi-millionaire father left his entire fortune to his brother Ray (Dustin Hoffman), an autistic savant who Charlie did not know existed. Needing money in a hurry, Charlie takes his new-found brother on a road-trip trying to find a way to get his hands on his father’s estate and learning more about his brother along the way. As well as winning four Academy Awards the film was nominated in a further four categories, picked up two Golden Globes and was awarded the Golden Bear at the 39th Berlin International Film Festival.

Springfilm On the Move continues on May 2, 2019 with Captain Fantastic. Through August 2019, Springfilm will feature a monthly free screening of a film where travel is part of the plot.