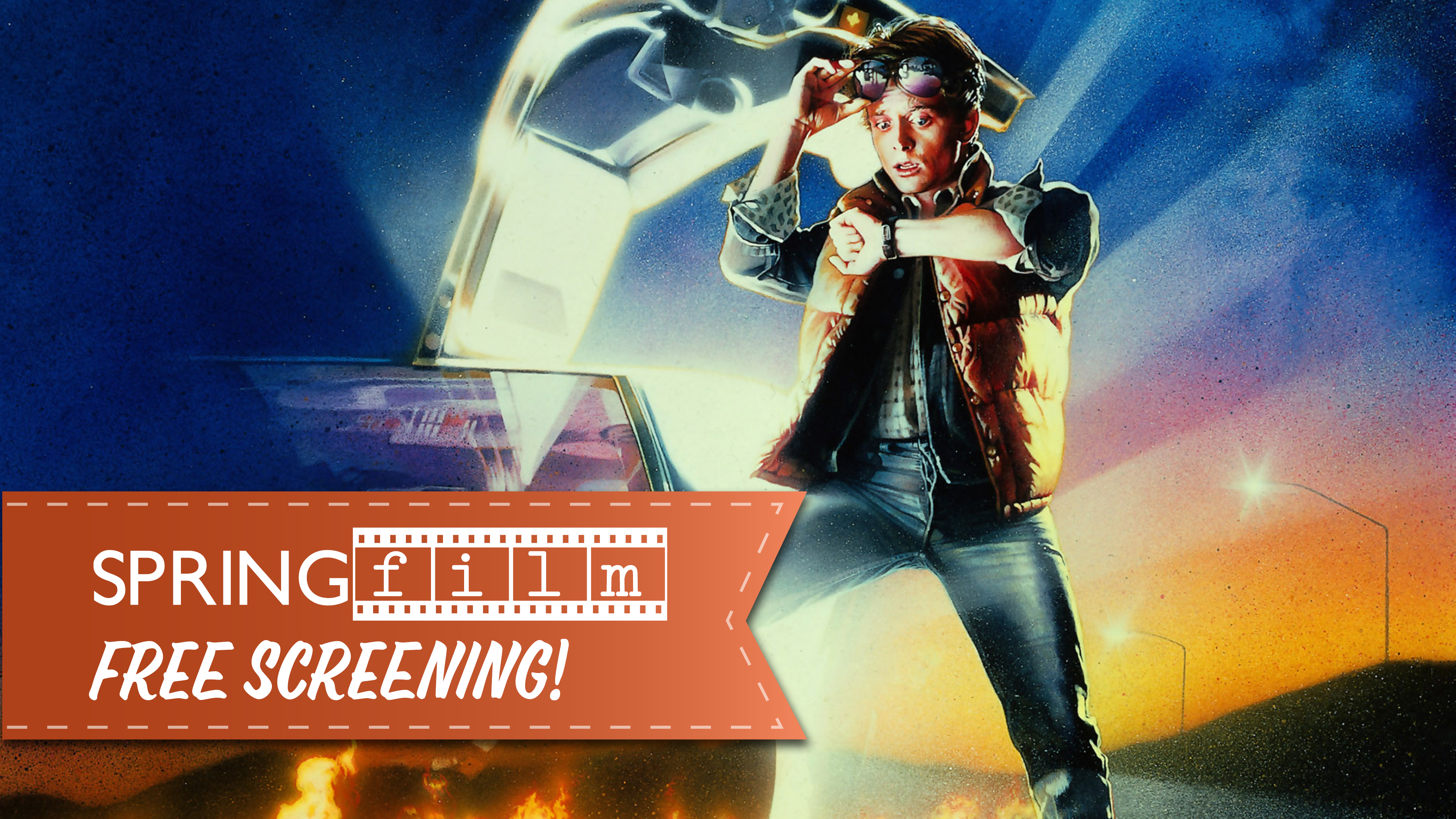 Plank Town Presents: Springfilm On the Move December Film “Back to the Future”

GREAT SCOTT! The highest-grossing film of 1985 returns to the big screen for one night only in Springfield!  And best of all you ‘Don’t need money, don’t take fame, don’t need no credit card’ to join us at the Wildish Theater on Thursday, December 6, at 6:30p.m. for a free screening of Robert Zemickis’ Back to the Future.   After his mad scientist buddy Doc Brown (Christopher Lloyd) invents a time-machine, Marty McFly (Michael J. Fox) travels back to 1955 and promptly disrupts the time-line threatening his entire future.  Marty has to run the gauntlet of local bullies, principals and 1950s social mores and customs while ensuring his future parents fall in love so he will continue to exist. The film features “The Power of Love” by Huey Lewis and the News which was nominated for an Oscar for Best Song.

Springfilm On the Move continues on January 3, 2019 with Thelma and Louise. Through August 2019, Springfilm will feature a monthly free screening of a film where travel is part of the plot.

What: Plank Town presents: Springfilm, “On the Move,” free screening of Robert Zemeckis’ Back to the Future