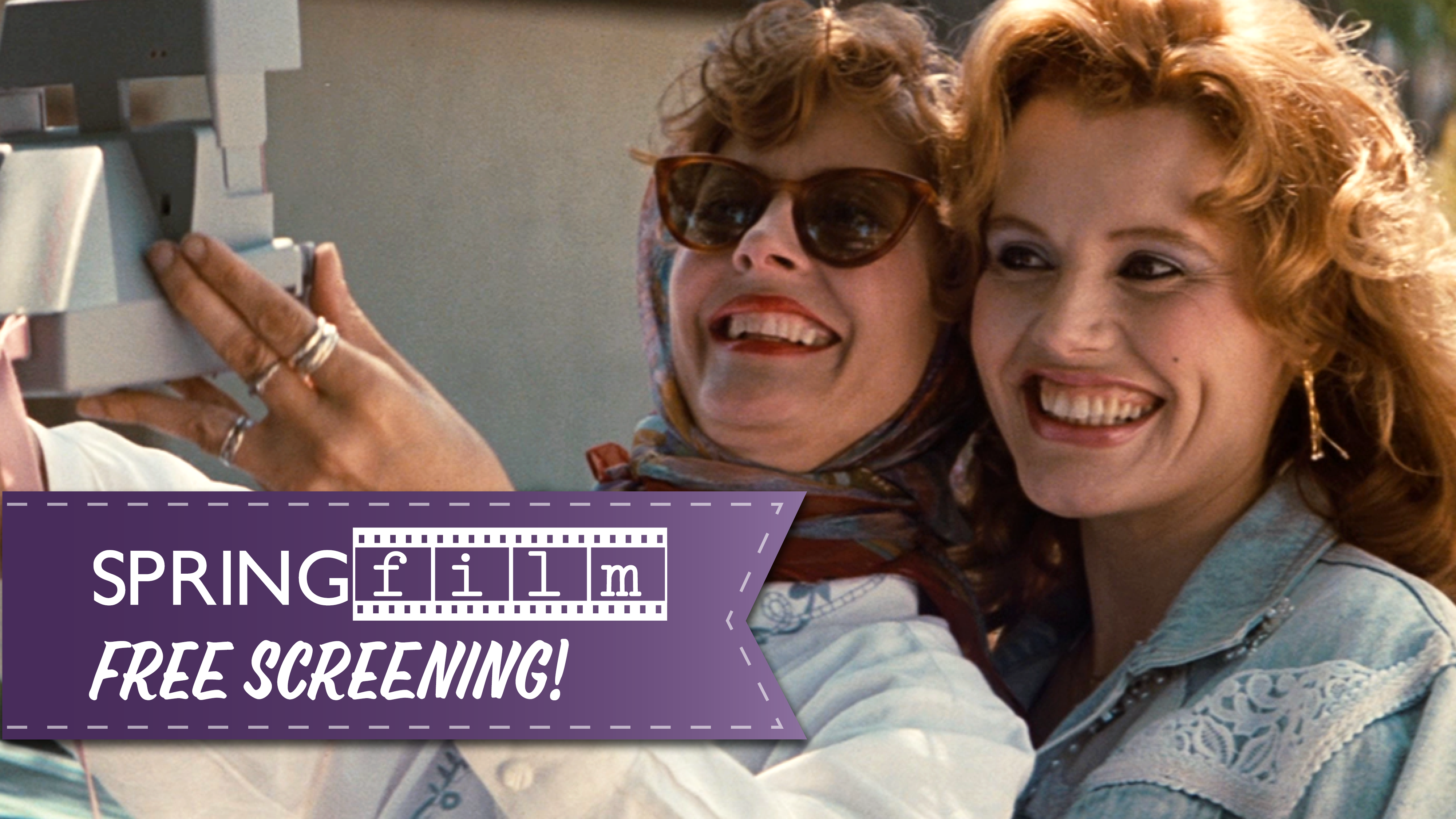 Please join us at the Wildish Theater on Thursday, January 3, at 6:30p.m. for a free screening of Thelma and Louise.  Nominated for six Academy Awards and winning Best Original Screenplay in 1991, the film was entered into the Library of Congress’ National Film Registry in 2016 for being “culturally, historically or aesthetically significant”.  A landmark piece of feminist film it tells the story of best friends Thelma (Geena Davis) and Louise (Susan Sarandon) who, after shooting a would-be rapist, attempt to flee to Mexico.  Roger Ebert described Davis and Sarandon as working “together like a high-wire team, walking across even the most hazardous scenes without putting a foot wrong” and said the film “shows a great sympathy for human comedy, however, and it’s intriguing the way [Director Ridley Scott] helps us to understand what’s going on inside the hearts of these two women — why they need to do what they do”.

Springfilm On the Move continues on February 7, 2019 with The Adventures of Priscilla, Queen of the Desert. Through August 2019, Springfilm will feature a monthly free screening of a film where travel is part of the plot.

What: Plank Town presents: Springfilm, “On the Move,” free screening of Ridley Scott’s Thelma and Louise