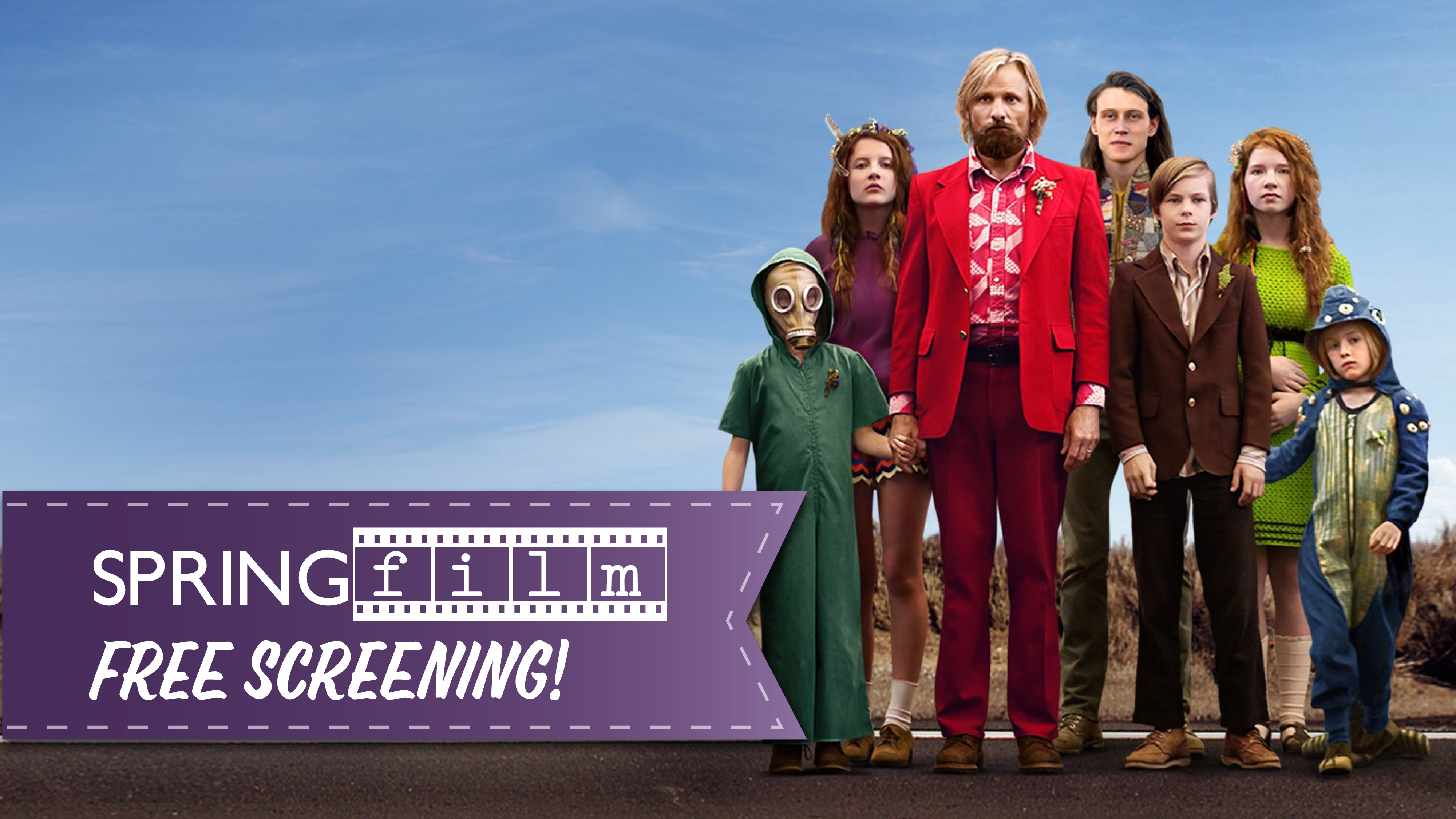 Films often show the journey of protagonists heading out to the wild but the next Springfilm free offering, Captain Fantastic, does the opposite. On Thursday, May 2 at 6:30 p.m. please join us at the Wildish Theatre for Springfilm On the Move  free screening of Captain Fantastic.  The film follows a family who, after being raised in the Washington wilderness by their former anarchist activist parents Ben (Viggo Mortensen) and Leslie (Trin Miller), go on a road trip out of the wilderness and back to ‘regular’ American life.   Mortensen’s portrayal of Ben has been lauded as one of his best roles by Rolling Stone’s Peter Travers who said Mortensen: “gets under the skin of this loving father who is unafraid to face the world naked and yet touchingly ready to grapple the possibility that his arrogant, free spirit might actually do harm to his children. The film doesn’t take sides, but it does fairly, subtly and movingly represent them. Captain Fantastic takes a piece out of you.”

Springfilm On the Move continues on June 13, 2019 (please note the new date)  with The Motorcycle Diaries. Through August 2019, Springfilm will feature a monthly free screening of a film where travel is part of the plot.