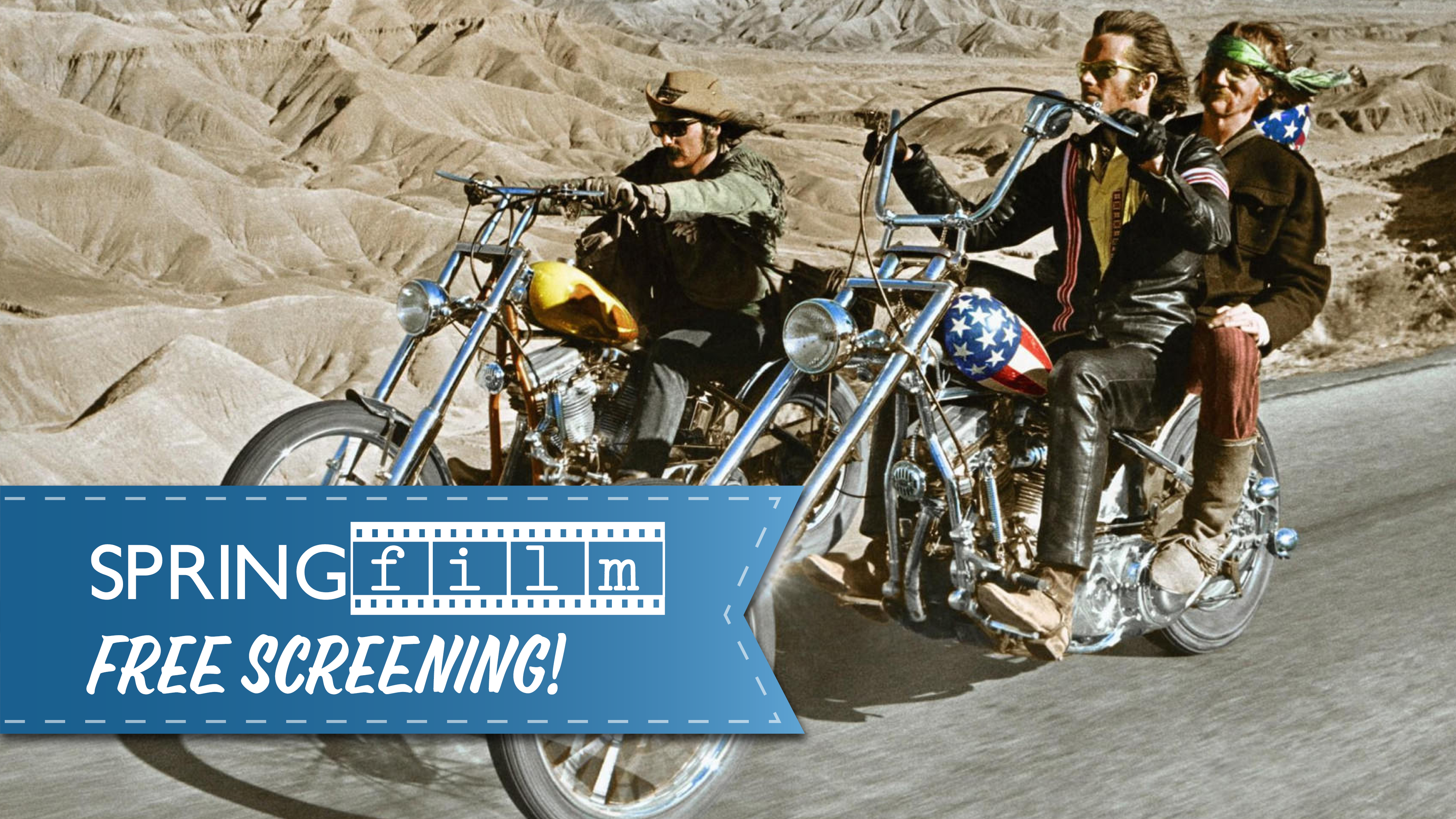 A landmark example of counterculture film – ‘Easy Rider’ – has been credited with exposing a wider American audience to the societal issues of the late 1960’s.  Come along to the Wildish Theater on Thursday, July 11 at 6:30pm to experience a film that changed the shape of Hollywood. The film, largely improvised along the idea of making a modern Western, follows Wyatt (Peter Fonda) and Billy (Dennis Hopper) as a pair of outlaw motorcyclists. After selling a large haul of cocaine they plan to ride to New Orleans in time for Mardi Gras.  Along the way they meet hippies, an ACLU lawyer played by Jack Nicholson and fall afoul of small town residents and law enforcement.  The film was lauded by critics for its writing, direction, soundtrack, visuals and atmosphere and was number 88 on the 100 Years, 100 Movies list from the American Film Institute.

Springfilm On the Move concludes on August 1, 2019 with Into the Wild. The new theme and film schedule from September 2019 to August 2029 will be announced soon!