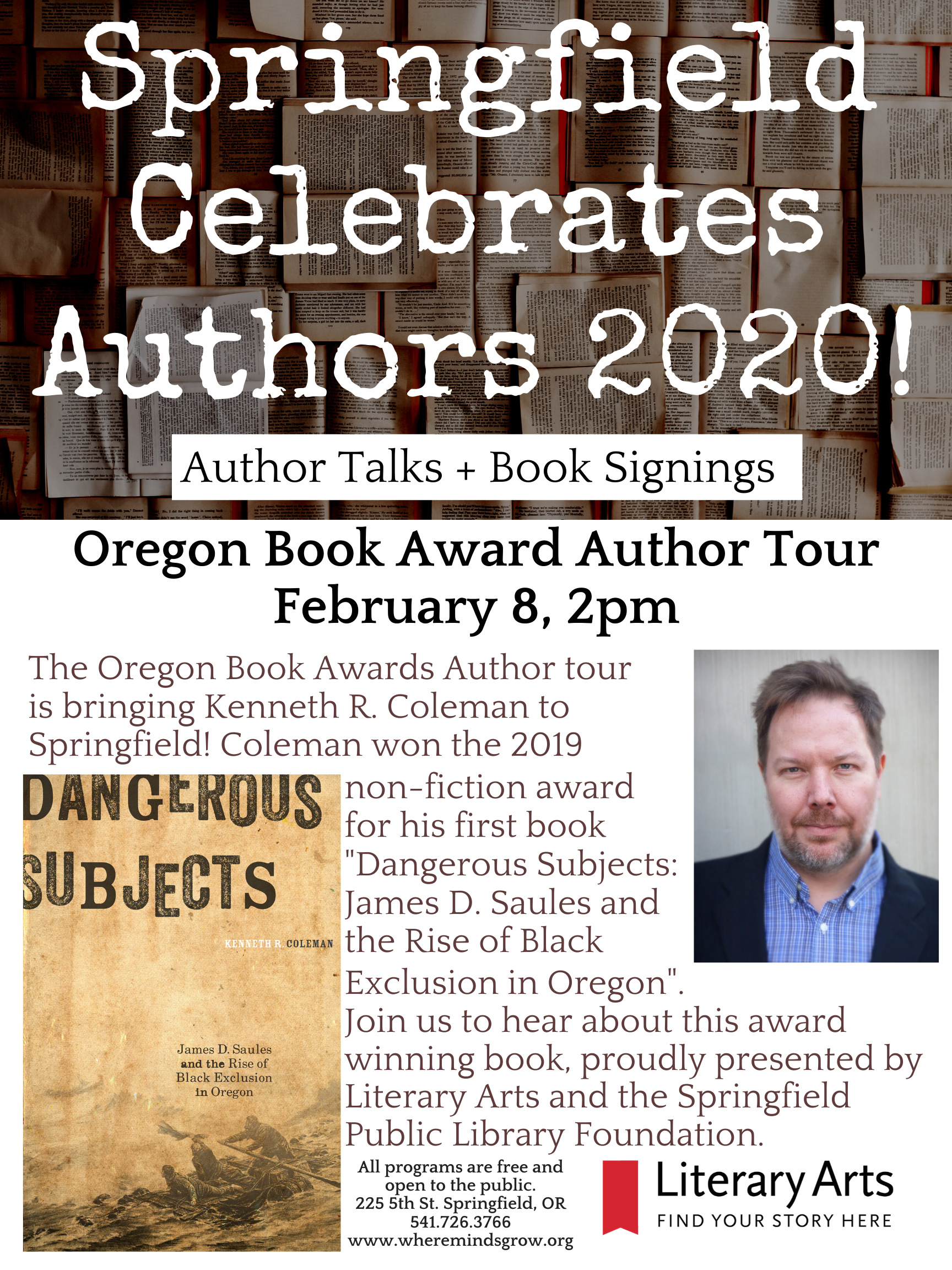 Springfield Public Library, with support from Literary Arts, is proud to host Oregon Book Award Author Kenneth R. Coleman as part of Springfield Celebrates Authors 2020! Coleman’s first book “Dangerous Subjects: James D. Saules and the Rise of Black Exclusion in Oregon” won the 2019 Frances Fuller Victor Award for General Nonfiction awarded by Literary Arts.  Dangerous Subjects describes the life and times of James D. Saules, a black sailor who was shipwrecked off the coast of Oregon and settled there in 1841. Before landing in Oregon, Saules traveled the world as a whaleman in the South Pacific and later as a crew member of the United States Exploring Expedition.  In Oregon, Saules encountered a multiethnic population already transformed by colonialism—in particular, the fur industry and Protestant missionaries. Once the Oregon Trail emigrants began arriving in large numbers, in 1843, Saules had to adapt to a new reality in which Anglo-American settlers persistently sought to marginalize and exclude black residents from the region. Saules inspired and later had to contend with a web of black exclusion laws designed to deny black people citizenship, mobility, and land.  Author Coleman is the recipient of a MA in History from Portland State University and currently resides in Portland, Oregon, where he works as an independent historian, writer, and musician.

Springfield Celebrates Authors is an annual series presented by the Springfield Public Library highlighting local, national and international authors.  Over the course of four months patrons can hear from published trail guides, historians, Oregon Book Award Winners and poets.  The next Springfield Celebrates Authors event will feature Suzi Prozanski discussing her latest book ‘Brigadoon of the Sixties: Revelry and Kerfuffles at the Oregon Country Fair’ on Saturday, March 28 at 2 p.m.