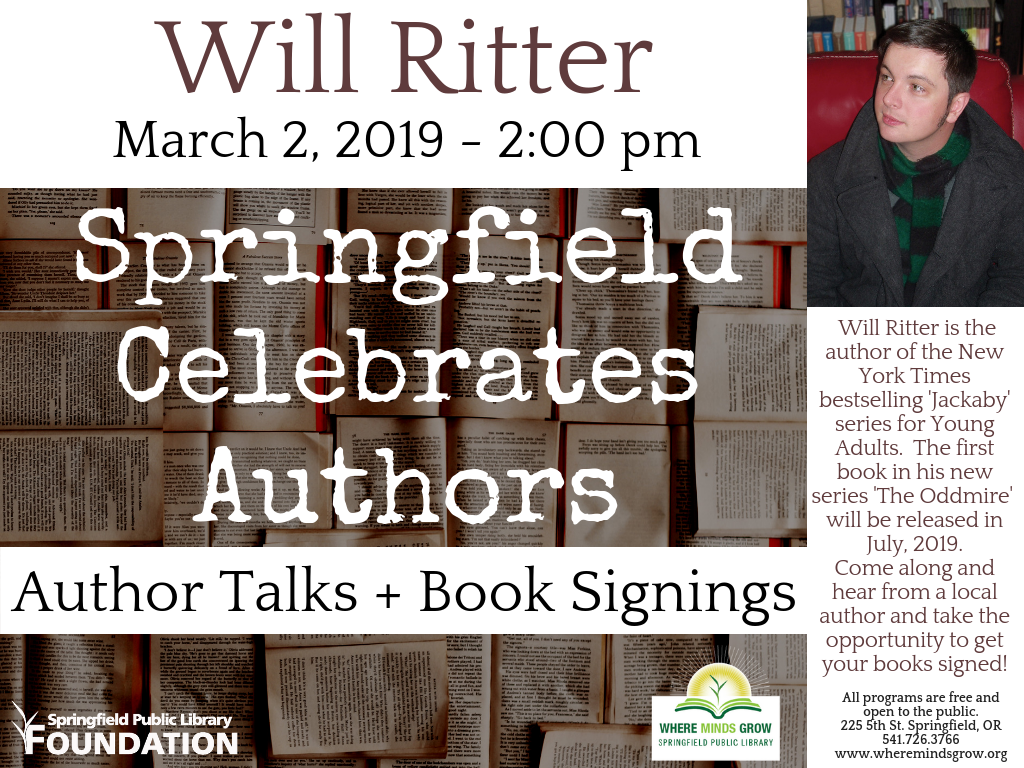 If you are a fan of the supernatural, alternative history, Sherlock and Doctor Who then we have a program practically tailor-made for you!  Come along to Springfield Celebrates Authors: Will Ritter on Saturday, March 2 at 2 p.m. to hear from the locally-based author of the New York Times bestselling series ‘Jackaby’.  Described by Kirkus Reviews as “a magical mystery tour de force”, the Jackaby series takes place in an alternate-history New England town where the pragmatic Abigail Rook takes a job as assistant to an investigator who is not only a brilliant detective but is able to observe the supernatural!  Ritter’s new series “The Oddmire” which is described as “an action-packed fantasy adventure series featuring witches, shape-shifters, and other creatures of fairytale and folklore, including two brothers—one human and one a goblin changeling—on a life-changing quest into the Oddmire” will be released by Workman books in July.

What: Springfield Celebrate Authors: Will Ritter