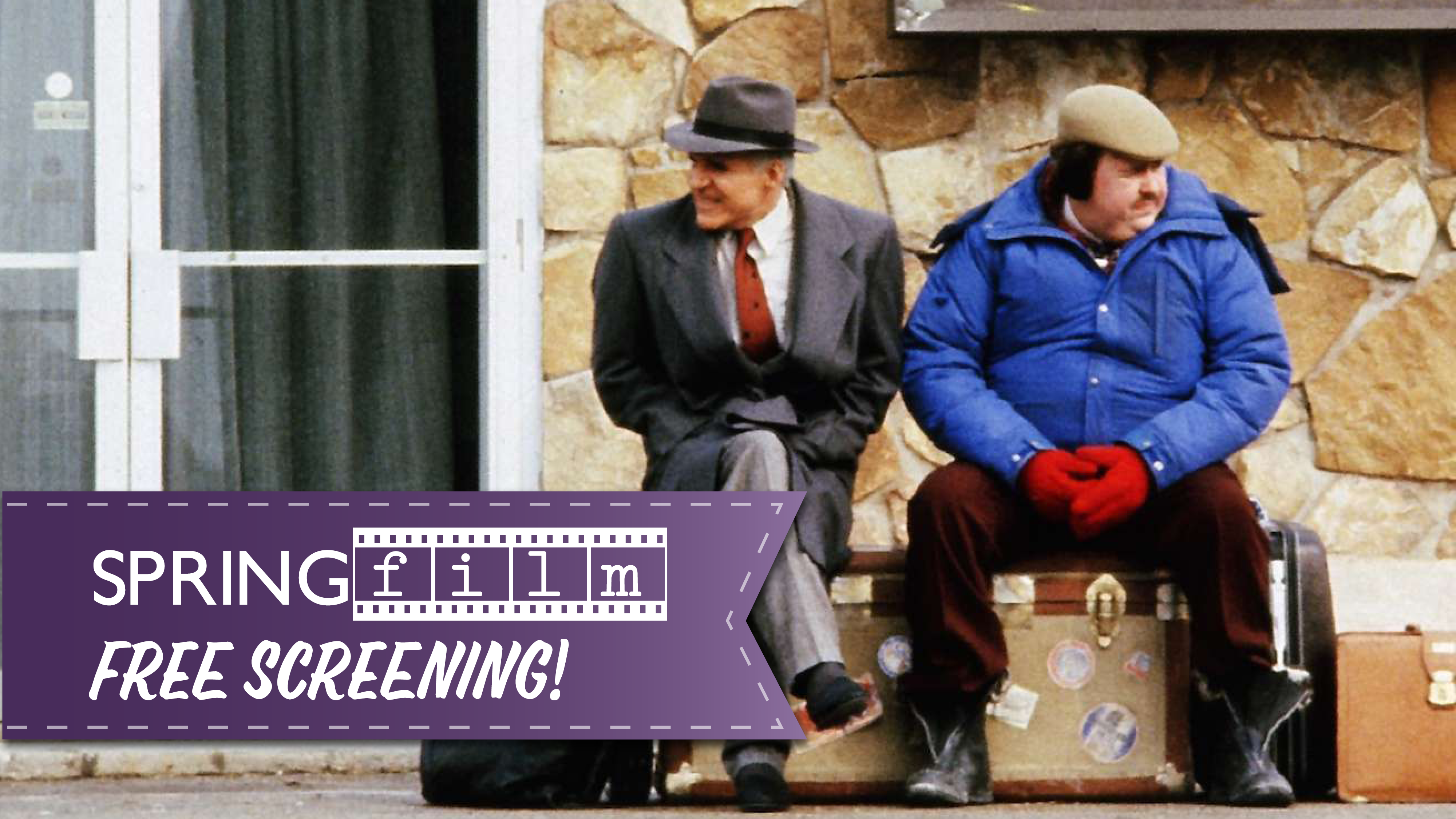 Please join us at the Wildish Theater on Thursday, November 1, at 6:30p.m. for a free screening of John Hughes’  Planes, Trains and Automobiles. A regular contender on ‘Best Thanksgiving Movies’ lists, it follows advertising executive Neal Page (Steve Martin), saddled with travelling salesman  and slob Del Griffith (John Candy)  as they  struggle to get home to Chicago for Thanksgiving after being stranded in Wichita.  The film was featured in Roger Ebert’s Great Movie’s collection where it is described as “perfectly cast and soundly constructed…..Steve Martin and John Candy don’t play characters they embody themselves.”  The trials of travelling over the holidays, compacted with odd couple characters and John Hughes’ direction makes this a movie not to be missed.

Springfilm On the Move continues on December 6, 2018 with Back to the Future. Through August 2019, Springfilm will feature a monthly free screening of a film where travel is part of the plot.