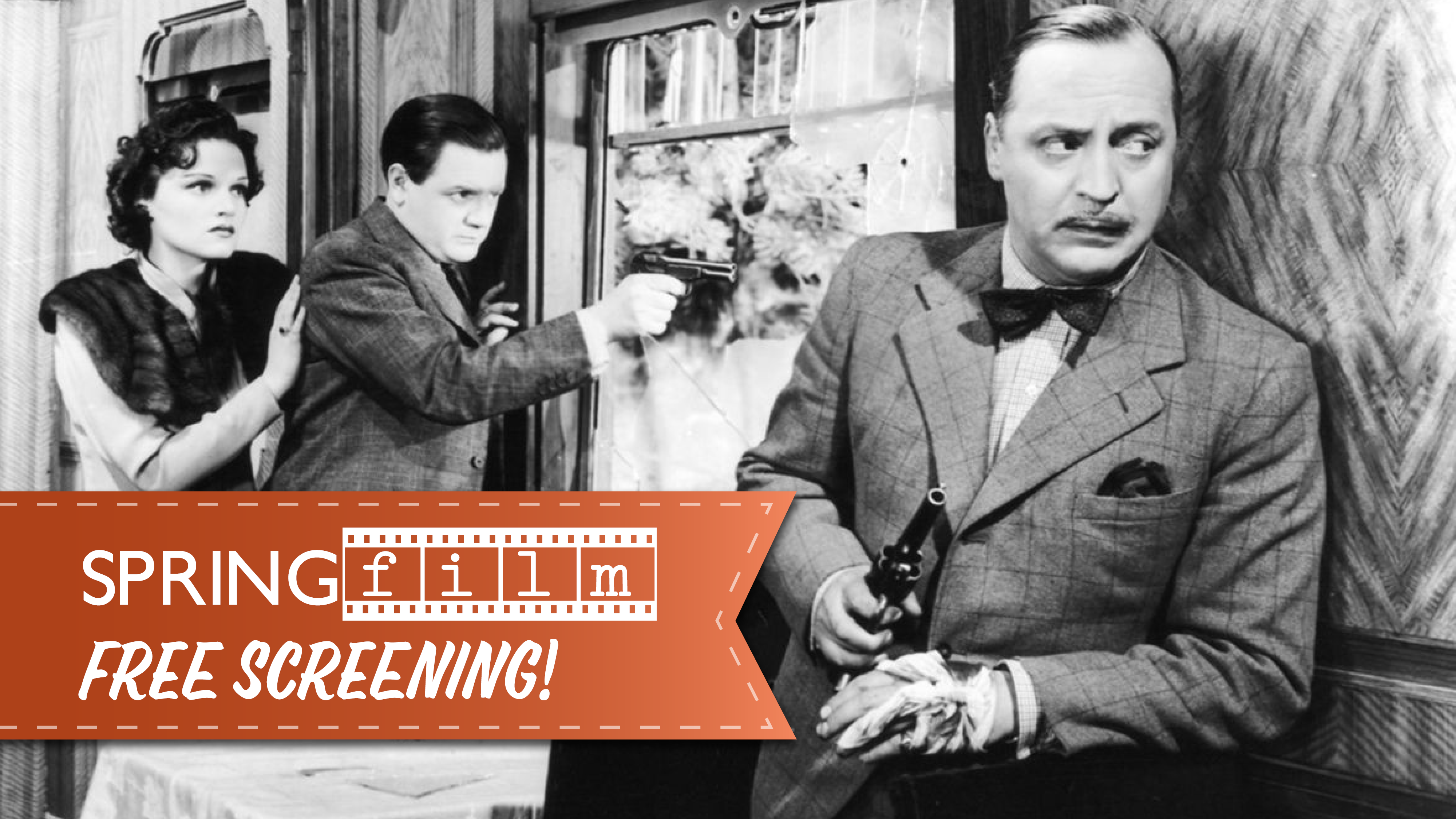 Please join us at the Wildish Theater on Thursday, October 11, at 6:30p.m. for a free screening of Alfred Hitchcock’s The Lady Vanishes. Come see what the UK Observer called “the greatest-ever comedy-thriller, the greatest film set on a train, a faultlessly cast mirror held up to the nation in the year of Munich.” The story follows British citizens traveling in continental Europe in the late 1930s, before the United Kingdom declared war on Nazi Germany. A rich young playgirl realizes that the elderly lady who was sharing her train compartment seems to have disappeared from the train. Mystery and intrigue ensue as no one seems to know who the young woman is talking about, and all the while in the background, characters seem just marginally aware of the unrest and aggressive actions of fascist Germany on the continent.