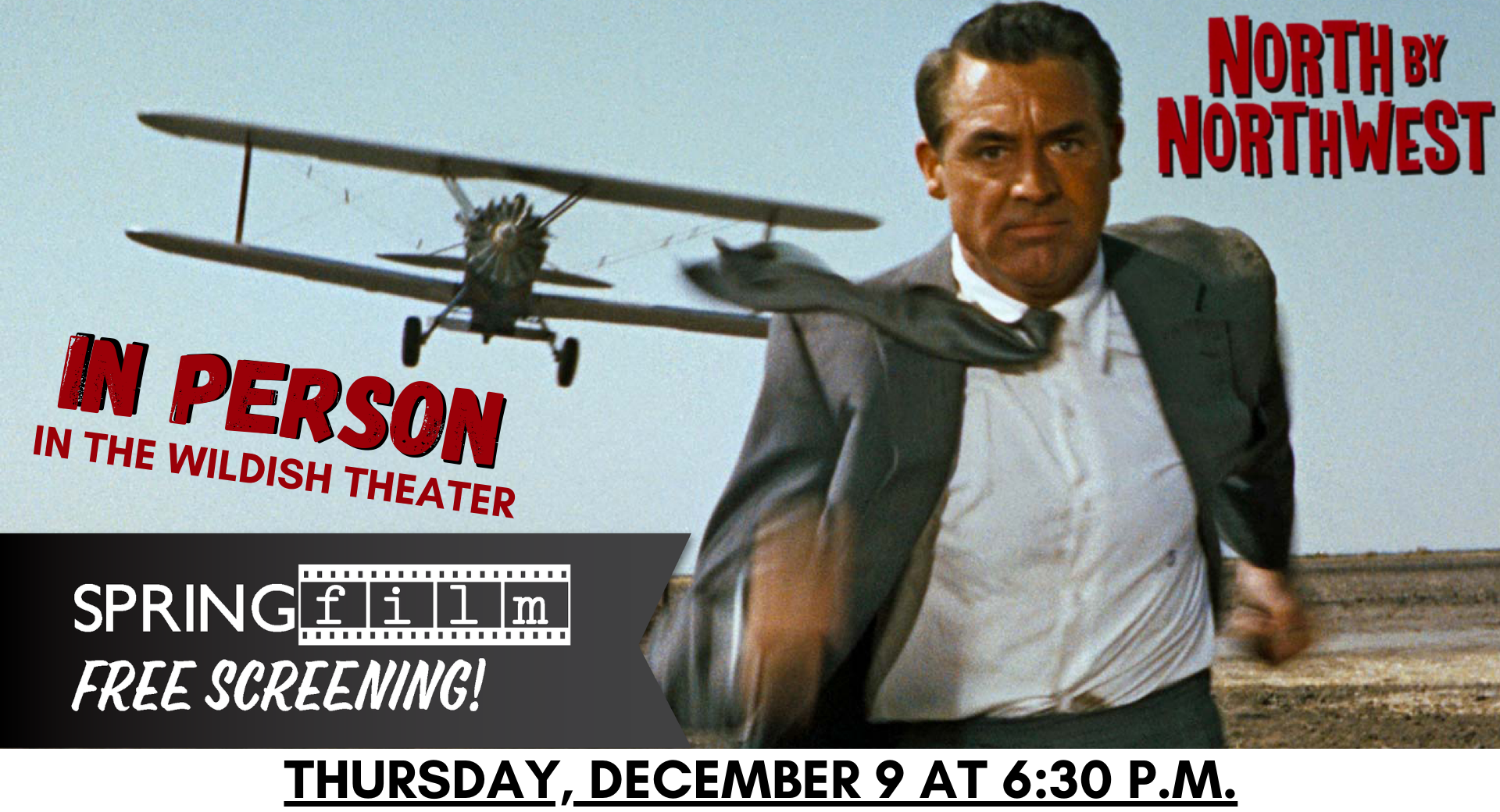 Springfilm: North by Northwest AT THE WILDISH COMMUNITY THEATER

SPRINGfilm, a free monthly film series, is back in person in the Richard E. Wildish Community Theater after more than a year online. The new Springfilm series kicks off at 6:30 p.m., Thursday, December 9, with the free showing of the Hitchcock classic ‘North by Northwest’ . Long hailed as a masterpiece of film making, North by Northwest stars Cary Grant as Richard Thornhill, a victim of mistaken identity pursued across America by Phillip Vandamm (James Mason), while accompanied by Eve Kendall (Eva Marie Saint). Originally released in 1959, scenes from North by Northwest have been recreated in homage by productions ranging from James Bond to The Simpson’s. Springfilm continues at 6:30 p.m., Thursday, January 13, 2022 with a free showing of John Carpenter’s “The Thing” (a full line-up of films is available below.) Masks will be required to attend this showing and social distancing will be encouraged.

What: SPRINGfilm: North by Northwest