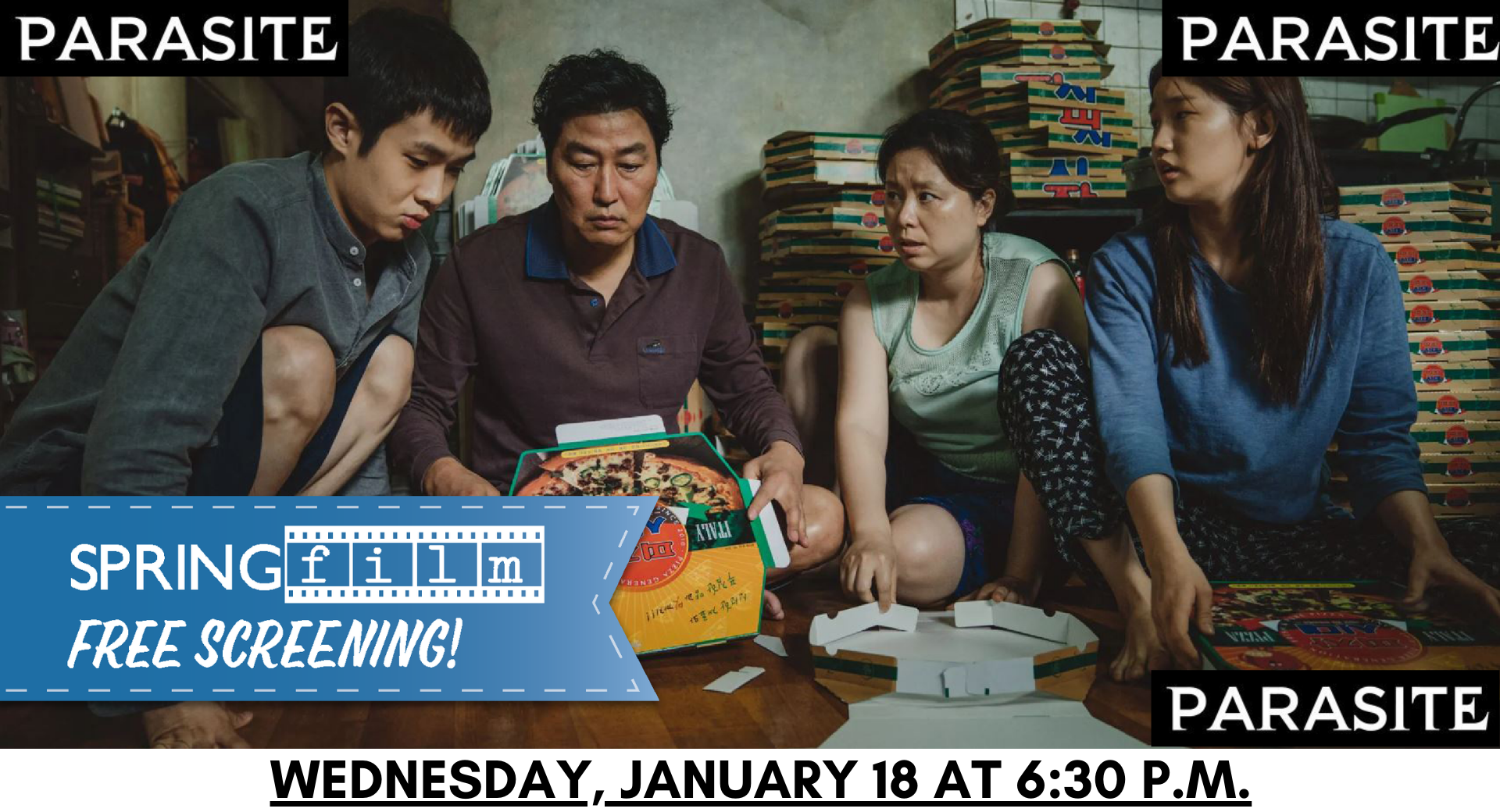 January is cold and dark, so why not watch the black comedy-thriller Parasite for free at SPRINGfilm? At 6:30 p.m., Wednesday January 18 at the Richard E. Wildish Community Theater, enjoy the first non-English language film to win the Academy Award for Best Picture as well as the first South Korean film to win the Palme d’Or. Parasite follows the Kim family, as they scheme to gain employment with a wealthy family, the Parks, framing and exploiting the weaknesses of the existing staff. As they become more enmeshed in the lives of the Parks, the Kim’s very existence is threatened by their lies and the machinations of the staff. The film won awards from film festivals across the globe and is widely lauded as one of the greatest films of the 21st century so far.

SPRINGfilm continues at 6:30 p.m., Wednesday, February 18, 2023, with a free showing of the “A League of Their Own” starring Tom Hanks, Geena Davis and Madonna.