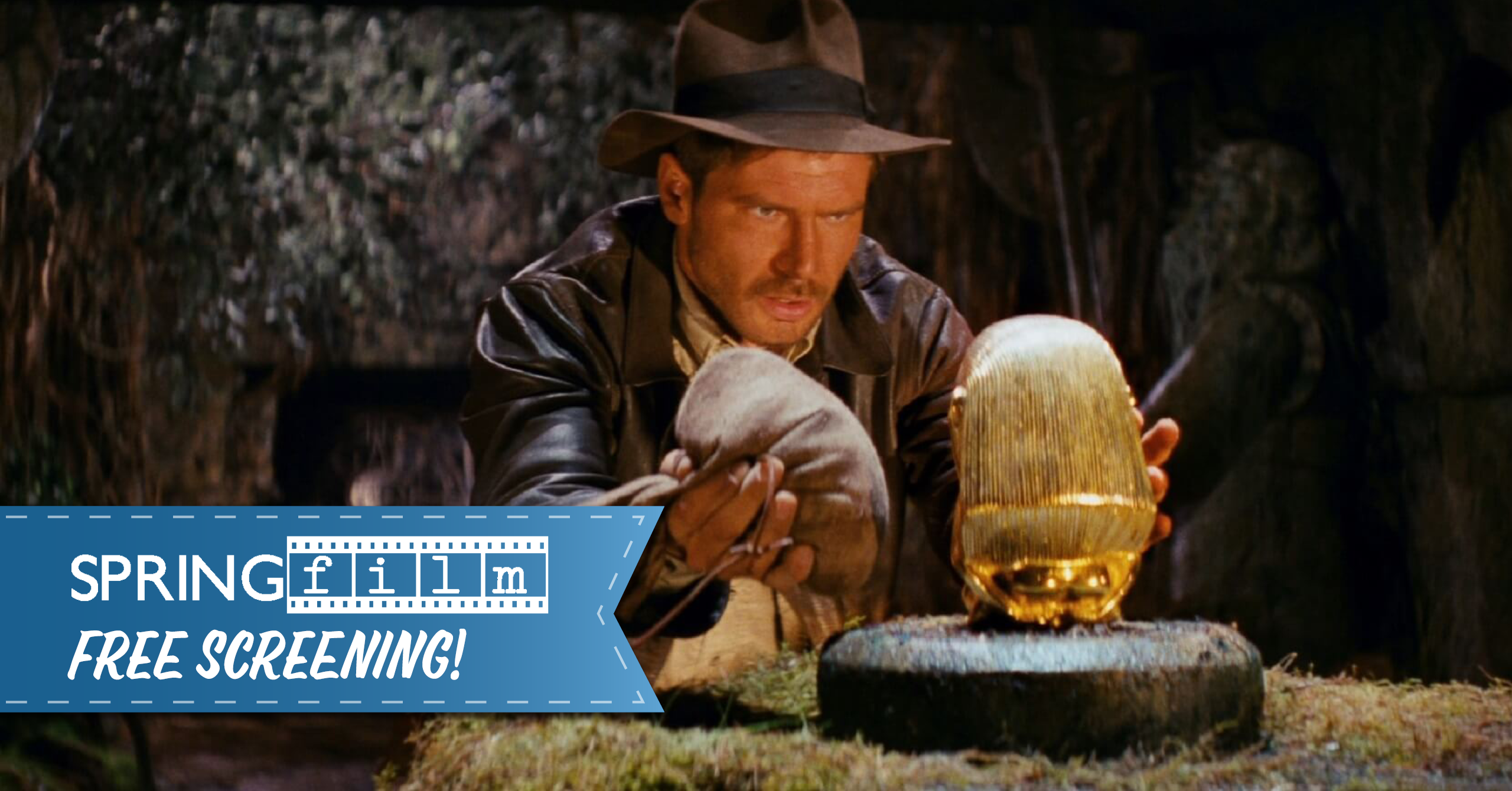 Springfilm returns with our new theme – Edge Of Your Seat – with an adventure film sure to keep you enthralled: Raiders of the Lost Ark.   Directed by Steven Spielberg and based on a story by George Lucas and Philip Kaufman, the film introduced the world to Indiana Jones (Harrison Ford), the fedora-wearing, bullwhip-toting, Nazi-fighting archaeologist.  Raiders follows Indiana as he attempts to stop the Nazi party from locating and opening the Lost Ark of the Covenant on an adventure through Nepal, Egypt and Germany.  Frequent Spielberg and Lucas collaborator, John Williams (Star Wars, Jaws), composed the original score.  In 1982 the film was nominated for eight Academy Awards, including Best Picture, and won for Best Art Direction, Film Editing, Sound and Visual Effects.

Springfilm Edge Of Your Seat continues on October 17, 2019 with Jordan Peele’s Get Out. Through August 2020, Springfilm will feature a monthly free screening of a film that will keep on you on the edge of your seat through suspense, fear, hilarity and drama!

What: Plank Town presents: Springfilm, “Edge Of Your Seat,” free screening of Indiana Jones: Raiders of the Lost Ark