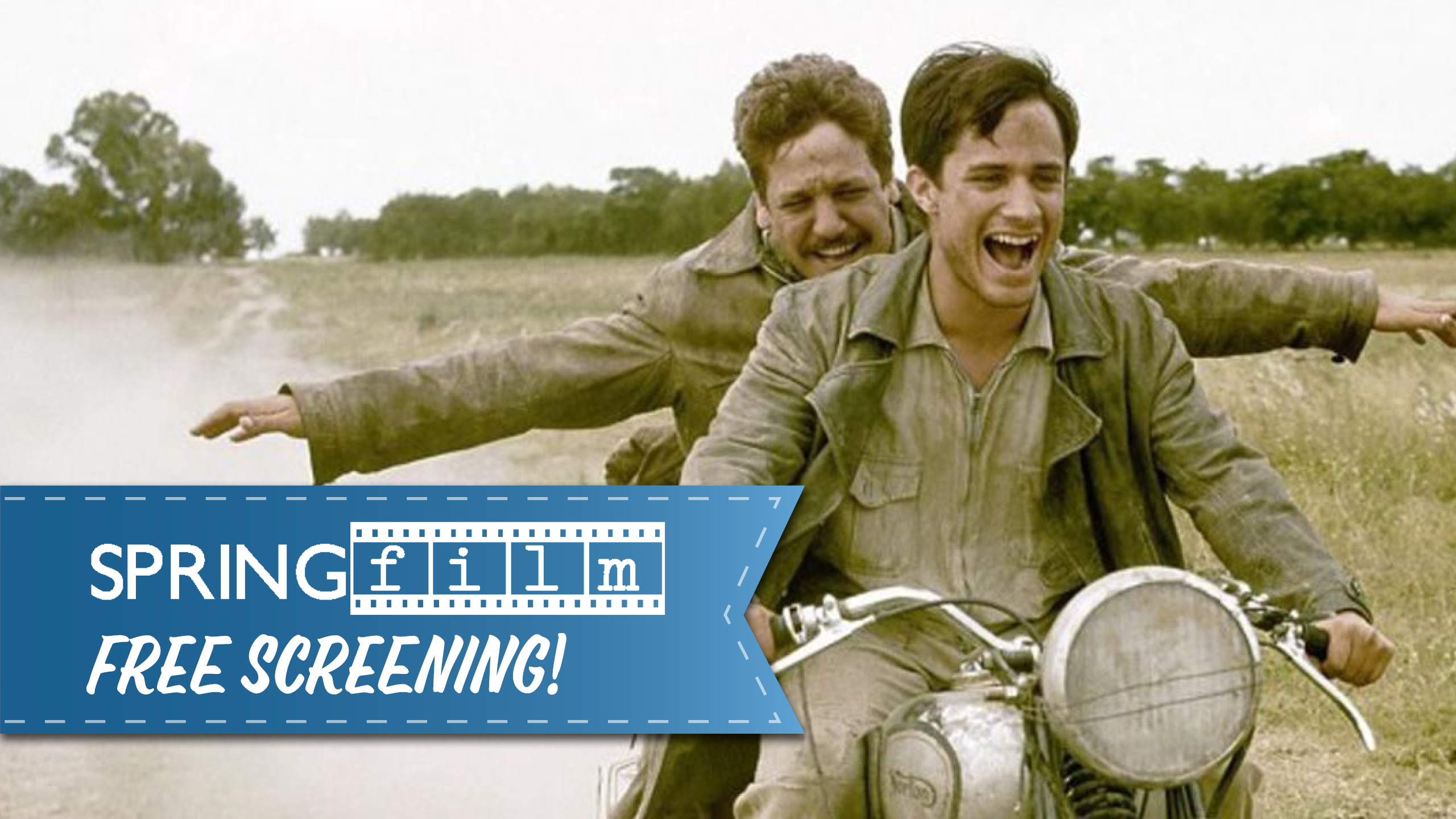 In 1952 and before the world knew him as ‘Che’, Ernesto Guevara travelled South America with his friend Alberto on a Norton 500 motorcycle called La Poderosa (“The Mighty One”).  This journey, seen as highly instrumental in the formation of Che’s political and revolutionary ideals, is the subject of The Motorcycle Diaries, the next installment in the Springfilm On the Move film series.  Based on Guevara’s trip diary that he kept as he travelled more than 14,000 kilometers through five countries, the film was remarked upon for its stunning scenery and visuals. The Daily Telegraph reviewer Nick Cowen stated that “the cinematography of fog-cloaked mountains, lush, green forests and sun burnt deserts is breathtakingly beautiful enough to serve as a travel advert for the entire continent.”  The Motorcycle Diaries won a host of international awards including recognition at the Cannes Film Festival, the Academy Awards, the British Academy of Film and Television Arts and the Goya Awards among others.

Springfilm On the Move continues on July 11, 2019 with Easy Rider. Through August 2019, Springfilm will feature a monthly free screening of a film where travel is part of the plot.

What: Plank Town presents: Springfilm, “On the Move” free screening of Walter Salles’ The Motorcycle Diaries