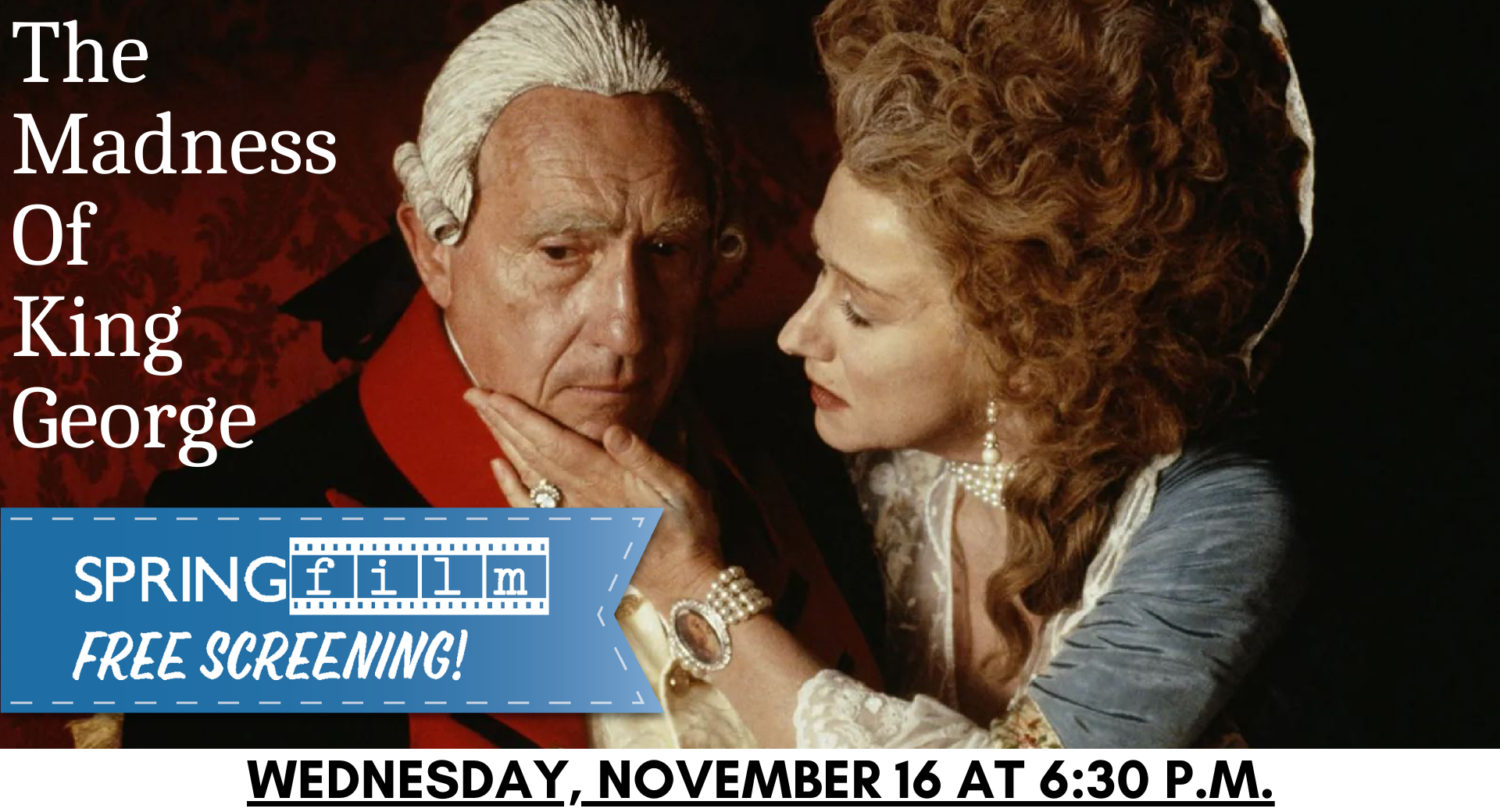 SPRINGfilm: The Madness of King George

In 1788 the English Monarchy was rocked by The Regency Crisis, partly brought on by King George III suffering from mental illness. On Wednesday, November 16, watch Nigel Hawthorne and Helen Mirren as George III and Queen Charlotte in Nicholas Hynter’s acclaimed comedy-drama ‘The Madness of King George’ at SPRINGfilm. The film, adapted from Alan Bennett’s 1991 play, follows George and the machinations of the Leader of the Opposition, Charles Fox and the Prince of Wales (Rupert Everett) to seize power through a Regency, while Ian Holm’s ferocious Francis Willis is charged with curing the king. The film, cast and crew won several awards as the Oscars, BAFTAs and Cannes Film Festival. This free showing will be at the Richard E. Wildish Community Theater at 6:30 p.m.

SPRINGfilm continues at 6:30 p.m., Wednesday, December 14, 2022 with a free showing of “Harvey” starring James Stewart and Jospehine Hull and directed by Henry Koster.

What: SPRINGfilm: The Madness of King George (1994)