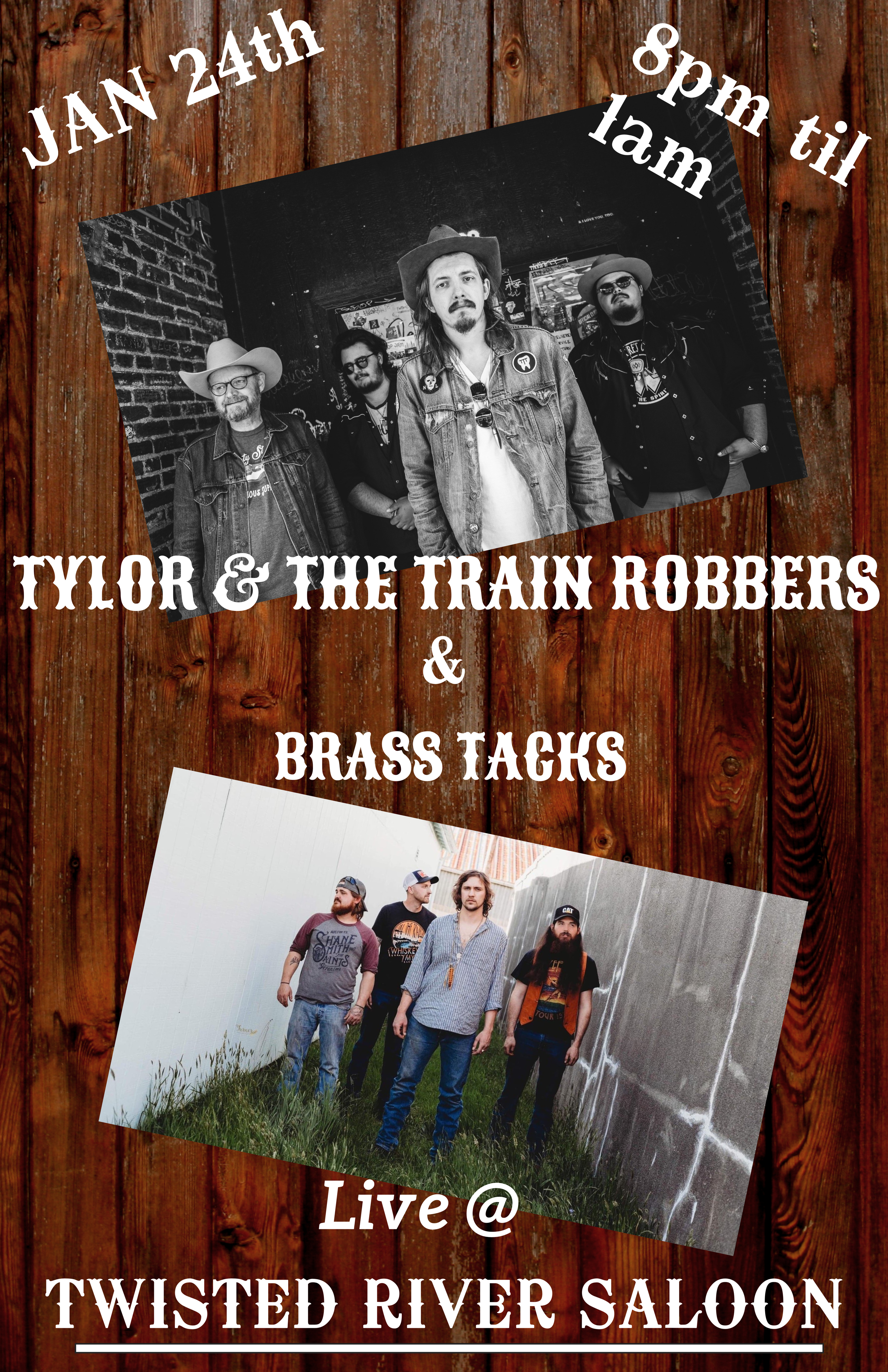 NO COVER!!! You don’t wanna miss this! Two AMAZINGLY talented bands coming to TRS!! Come out and support these Northwest artist in the best way we know how! SHOW IT

TYLOR & the TRAIN ROBBERS http://www.tylorandthetrainrobbers.com/?fbclid=IwAR2JTg-zWb1aG1ribEaS2_EyBUBrsm_eiSfOpovsHZ23sl8xMxmh2Ny098Y
Tylor & the Train Robbers, a Boise Idaho based band, possess a depth of thought steeped in Americana Folk without losing it’s Country root grittiness. Hailing from small town Helix Oregon, lyrically focused front man and songwriter Tylor Ketchum conjures up his long dead outlaw ancestor, Black Jack Ketchum as the inspiration for their new album, Best of the Worst Kind in a musical necromancy that is delivered in full with the title track, The Ballad of Black Jack Ketchum. Released on the anniversary of his hanging, April 26th, the music video for the ballad was was filmed at Black Jack’s grave during the bands most recent tour through the South West United States.
From good cowboys gone bad to the woe some troubles of the modern American wanderer, Tylor & The Train Robber’s songs explore a span of generations linked by a common spirit.

The Boise Weekly ranked Tylor & the Train Robbers debut album, Gravel, as a top local release in 2017 and noted “Like (John) Prine, singer-lyricist Tylor Ketchum (who’s only in his mid 20s) has an eye for detail and a plainspoken even handedness that songwriters of any age should envy.”Ketchum’s original songs are enhanced with the intricate and intimate sibling harmonies of he and his brothers, bass player Jason Bushman and drummer Thomas Bushman. Rounded out by the seasoned musicianship of Tylor’s soon to be father-in-law, Johnny ‘Shoes’ Pisano on lead guitar, the band delivers a sound that is raw, honest and polished.

BRASS TACKS:http://www.brasstacksmusic.com/?fbclid=IwAR3g8Lr_NPYTzJuyiLBiWKdZ-Dmc3tOO5cmtzDVX2o7Q2TYWcsu_ivG4AS4
Pacific Northwest born and raised, Brass Tacks is comprised of four small town boys from Molalla, Oregon. Getting their start in early 2014, guitarist/vocalist Andy Good and lead guitarist Eli Howard met at an open mic night in their home town. Impressed with Andy’s songwriting prowess and vocal ability, Brass Tacks was formed along with drummer Eli Taghon. Only a few short months later Brass Tacks would enter the studio to begin work on their first EP. Four years, one full-length album and a few hundred shows later, Brass Tacks’ lineup was solidified with bassist/vocalist Joe Gibson, turning them into a 3-part harmony country-rock powerhouse. Since then they have been turning heads everywhere they go with their mixture of country-blues infused southern rock.